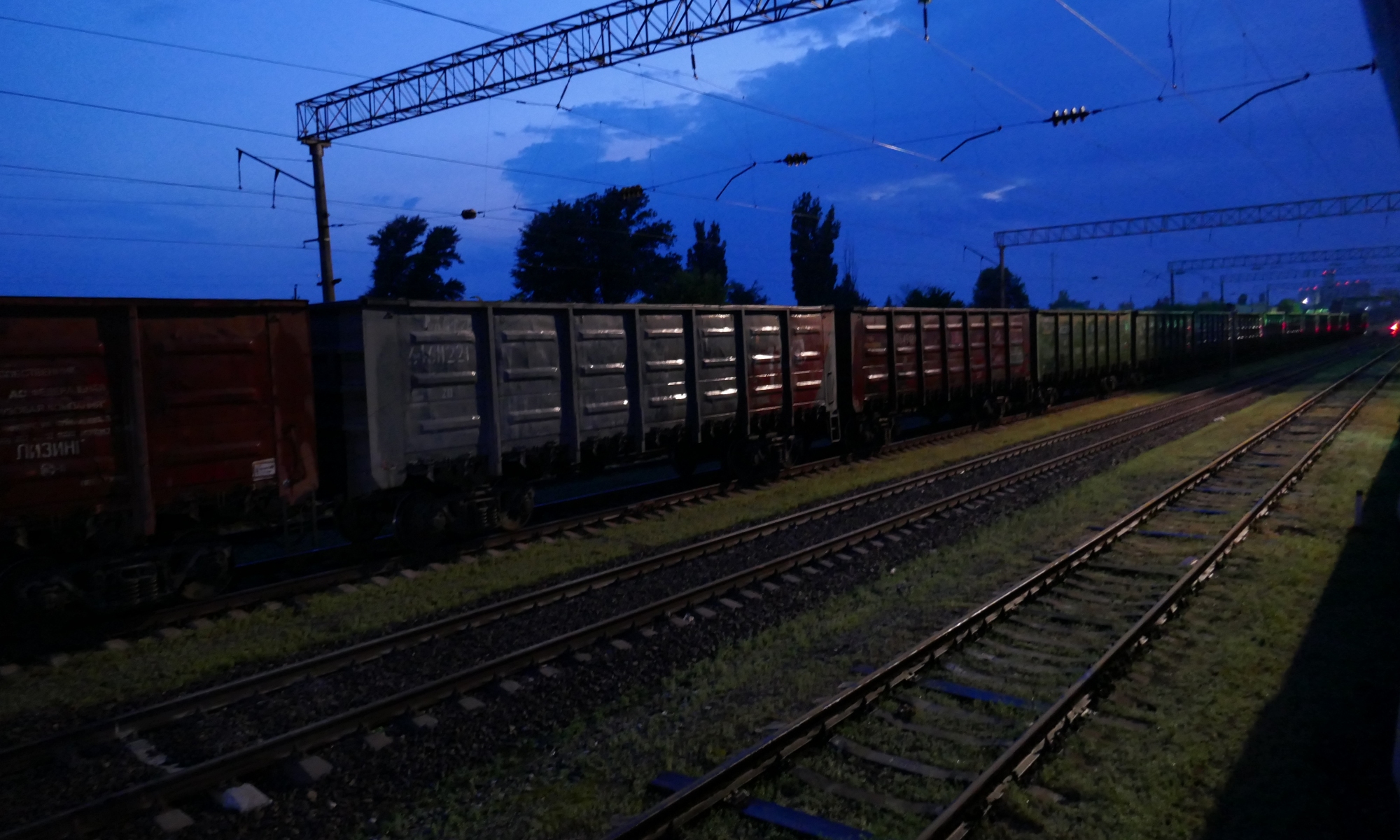 Shortly after the difficult entry into Russia, we were suddenly back to Ukraine: The Russian railways brought us there.

It had been quite an effort to get into Russia from Ukraine (see post on border #9). After a long detour and border hassles, we could finally board the train that would bring us to Krasnodar in southern Russia. But shortly after we had entered the train in Kantemirovka, we crossed again into Ukraine.

There was no stop, no control, no announcement, but it still happened. The mobile phones again showed Ukrainian network coverage, and the offline map showed us as clearly being in Ukraine. Our way up north to Kantemirovka had brought us to another border anomaly: In this area, the Russian railway line leads through an extremity of Ukrainian territory. Like with the “Deutsches Eck” for Austrian trains in Germany (see border #1-3), a corridor regime applies here: Trains do not stop and nobody can enter or exit the train.

I was a bit surprised to find such a regime between two countries with such bad relations with each other. But Russia cannot avoid using that corridor: The railway line from Moscow to Rostow and the Caucasus is of crucial importance. In order to be able to control all of the railway line, luckily, Russia has opted to build a new line to circumnavigate that corridor. The works are not concluded yet, so the trains still cross Ukraine. It is certainly a better then occupying yet another chunk of Ukrainian territory.

After 15 km, we were back on Russian territory – on the left side of the railway line. On the right side, Ukrainian territory continued for about 20 km more, including the brief stop at Chertkovo, where we initially had intended to board the train.

We crossed the Shelestyvka corridor in a 3rd class (platskartnyj) coach of Russian Railways.

Across the railway tracks is Ukraine: Train stopping at Chertkovo station.