Zum Inhalt springen
I love to visit borders for their remoteness and their lack of sights, which show a truer picture of the country than tourist sights. Sometimes, however, borders lead me to surprisingly attractive places. The Romanian-Ukrainian border was one of them. Here is why.

#1 The border crossing is an actual sightseeing spot

The tourist office in Sighetu Marmației touts the „historic“ wooden border bridge as a sight. Remarkable it is, indeed, although a bit shaky and certainly not fit for more than the few cars and pedestrians which manage to cross on its single lane. It is a beautiful wooden structure with flags of both countries, offering good views of river Tisa and the Carpathian mountains. The „historic bridge“, however, is only a reconstruction: The original was destroyed in WWII, leaving the two sides of the river without any connection up to the 2000s. In 2002, the EU finally reconstructed it, but the Maramureșans still had to wait until 2006 for it to open.

Solotvyno, on the Ukrainian side, used to be a salt mining town. In the 1990s, the last mine closed down. Between the two nondescript settlements, a huge area is now littered with industrial ruins, crater-like salt lakes, a crumbling former history museum and – unfortunately – litter, as the locals seem to use the place as a dump. Very picturesque, for those who like black tourism or urban exploring. 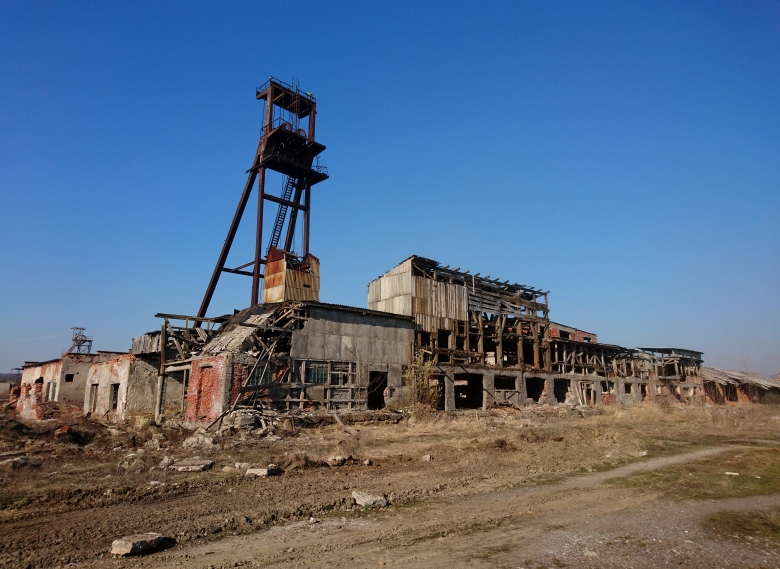 Not only dark tourists are attracted by the salt lakes, which emerged as a by-product of the salt mines. Scientists found the salt water to have healing qualities. Since the closure of the mines, at least 30 resort-like pensions, hotels and grill restaurants have opened, catering Ukrainian tourists. In Winter, everything is closed. But in summer it must be a peculiar experience to swim and party among salt mine ruins.

On the Romanian side of the border, Sighetu Maramației is a beautiful town with a lot to see. The friendly old town has been restored and offers a number of good cafés and some OK restaurants (food does not belong to the reasons to visit…). Sighet hosts the Memorial of the Victims of Communism, a museum dedicated to Romania’s darkest period, furthermore an open-air village museum and a museum of the Jewish culture in Maramureș. A pleasant place to spend a day or two

Walking through the border towns, you will hear Romanian, Hungarian, Ukrainian and Russian spoken. The majority speaks Romanian on both sides of the border, with a substantial Hungarian minority in both towns. In Ukraine, furthermore, Ukrainian serves as official language and Russian de facto for inter-ethnic communication. Local Ukrainians are generally very fond of their local Zakarpattyan dialect, which some consider an own language. No wonder Solotvyno’s name sign displays three languages – and the sign at the border welcome travellers to Zakarpattya, not Ukraine!