Zum Inhalt springen
My last border in Oceania: Civilization was ahead of me, and for once I was happy to leave the adventure behind.

My trip through Oceania

On 18 November 2017, my adventure was over: In the early morning, I had left Vanuatu, the last exotic destination of my Passport Party trip. What was left was an epilogue: A road trip around New Zealand and then a long flight back home. I was happy to have reached New Zealand, but that wasn’t exploring unknown lands anymore. The adventure was over. 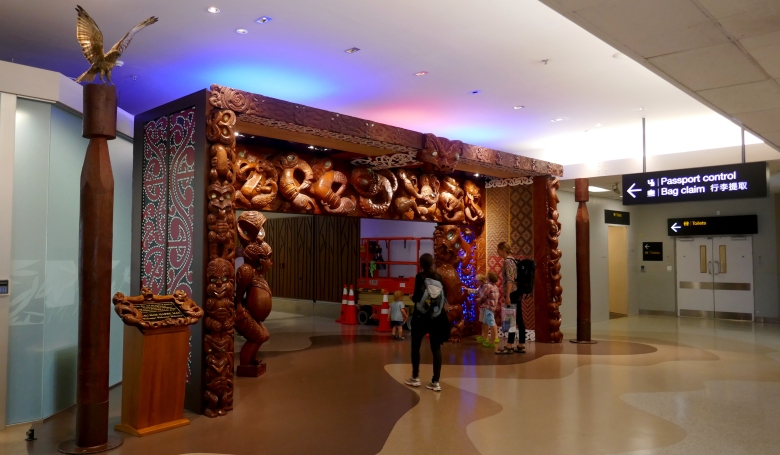 The passport control at Auckland’s airport reminded me a bit of land border crossings. Arriving passengers pass through an entrance gate in pseudo-Maori style. Behind of it are the desks for the passport checks. The control was a friendly chat, seemingly interested in my plans but probably filtering out bad guys. Stricter was “biosecurity”: Nobody is allowed to bring any food, plants, soil etc. into New Zealand. But in the end, it was just a lot of questions and no baggage check. New Zealand is much more welcoming than Australia: A previously arranged e-visa is not needed. Instead, tourists get a pretty passport stamp. 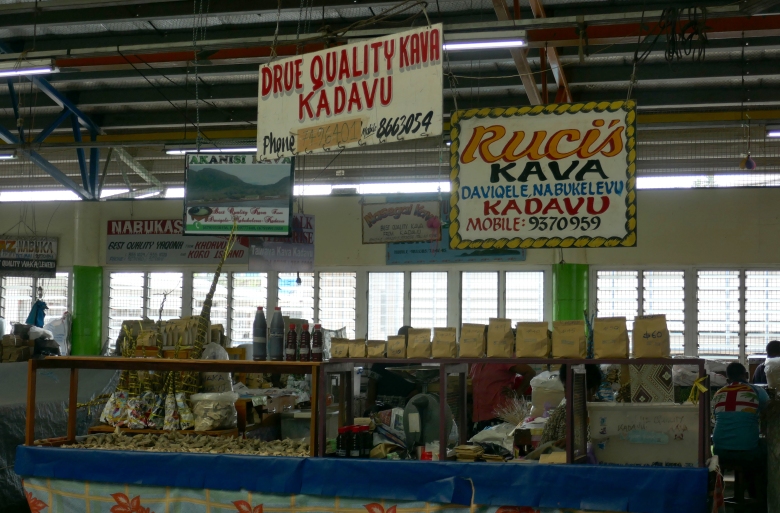 Kava is brewed from the roots of the pepper plant – the photo shows the display on a market in Suva, Fiji.

The night before, I had made my last Oceanian experience: I tried Kava, the local intoxicating drink. For that purpose, I went to a Kava bar or nakamal, as it is called in Vanuatu. It was hard to find: The hut stood almost in the dark, and there was neither music nor conversation. I bought myself a bowl of Kava and tried to make my way through the darkness to a table. I stumbled and spilled some Kava on my arms. Trying to stop it with my tongue, I tasted the bitter drink for the first time. No surprise: it tasted of insect repellent, with which I had covered my arms beforehand. Taking a real sip from the bowl, however, didn’t change much: The drink really tasted like repellent. After a few sips, my mouth went numb, but I didn’t experience any other impact. Sitting in the nakamal was a strange experience, though: People were sipping Kava alone or in company, but in darkness and silence. The only sound to be heard was a burp or a fart once in a while.

It was a funny experience, but my sense for adventure was quite exhausted. After exploring all the countries between Switzerland and New Zealand solo, I started to miss my friends, my daily life, even my job – I was longing for civilization. Oceania had been a big surprise to me; it was much poorer and less developed than I had imagined it. But after five weeks travelling here, I was done with the heat, the humidity, the phlegm of the locals and the all too cool lingo of fat expats. The sights were becoming all the same: Beaches, waterholes, snorkelling spots, WWII relics, waterfalls… And the rainy season didn’t make the nature more attractive. 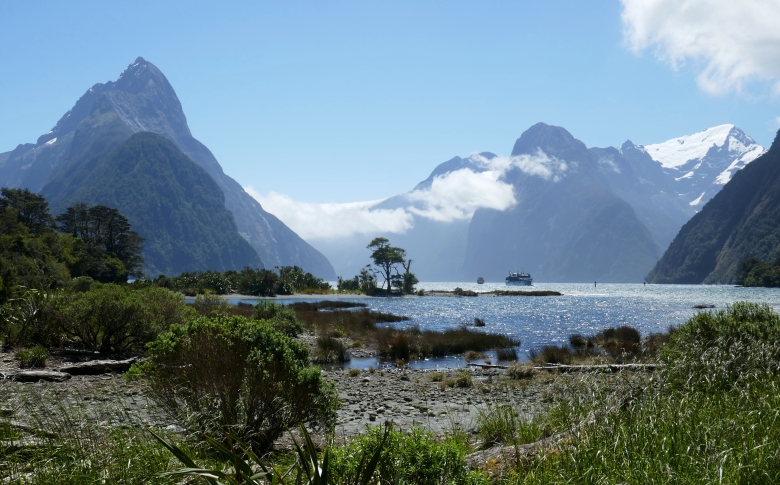 So crossing the “border” to New Zealand was a change. I enjoyed New Zealand a lot, rented a car and did a road trip around South Island. The weather was cool, the people friendly, the landscape amazing and I even found some interesting towns. But it was not exotic, I was no more exploring. I was on my way home: From New Zealand, I returned directly to Switzerland. Now I’m home since four months already, and wanderlust hits me again. I’m longing for adventure: For Vanuatu, not New Zealand.

Practical Information:
Entry requirements: Europeans just need a valid passport to enter New Zealand as a tourist – no e-visa like in Australia.
Transport: As a change from other Oceanian countries, New Zealand is easy to reach, with many international flights throughout the region and further afield. The world’s longest commercial flight leaves from New Zealand: Qatar’s Auckland-Doha link.
Accommodation: Lots of options, as Auckland is a big city.
Food: I was not too impressed by New Zealand’s food, which is mainly British pub food – sometimes better, sometimes worse. But it’s usually not very hard to find a good restaurant with foreign food or burgers.