Your average intra-Schengen railway border crossing with no more signs of the new country than the different train station signs and – more importantly – the appearance of the signature MÁV jingle.

Gets 1 extra point for making me what I am: In autumn 1988, as a five year old, I was standing very close to this border crossing on an Austrian forest road. In front of me was a barrier, sealing the way across the Iron Curtain into Hungary. Watchtowers rose threateningly (at least for a five year old) a few meters behind the barrier. It was a border I could not cross – which made me wish to cross it even more. The then unreachable lands behind the Iron Curtain caught my attention – and never lost it since then.

I pushed my right leg behind the barrier for a second and lived on with the probably untrue illusion that I had at least partially been to Hungary. Even though the Iron Curtain fell shortly afterwards, I had to wait for 14 years after my first visit to fully cross into Hungary.

Crossing by train into Hungary 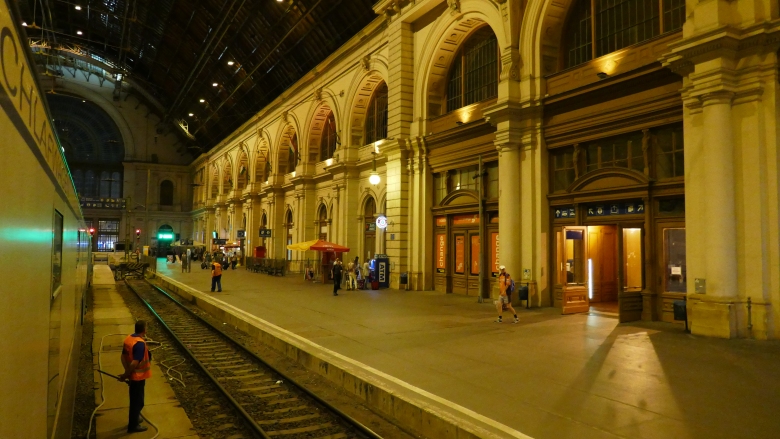